Some of you may or may not know that my roommate/best friend, Lisa, recently was selected to be on this seasons "The Bachelor" with Brad Womack starting TONIGHT, January 3rd 8-10 CST on ABC.

Lisa and I had heard that there was a casting call in Kansas City this past summer and I thought it would be a fantastic idea for Lisa to try out.  She's GORGEOUS as you can tell, a sweetheart, and most of all SINGLE!!! We needed to occupy ourselves this fine Wednesday night and thought why not???

Once we got to the casting call (me filling in as her moral support since at the time this was a tiny little secret), we saw hundreds of girls and a few guys (for the Bachelorette try-outs) everywhere, our first thought was "holy crap how long is this going to take..." We decided it was best to have a few glasses of wine to to loosen up a bit before having to be on an on-camera interview! Lisa filled out her paperwork, got a quick snapshot taken and then came the waiting.... a lot of waiting, more like 2-3 hours of waiting.  The only thing that made it worth while was A) I knew Lisa was the prettiest girl in the room B) Analyzing every girl/guy standing in the room thinking about what their story was and why they were here.  You know you would too if you were me!

As we were waiting patiently, a woman who was carrying around an iPhone with an ear-bud in her ear kept eying Lisa every time she walked by. Finally, this woman stopped and asked what number she was in line, Lisa told her and the woman walked off, this happened at least two more times, and finally she came by to tell her that her number was coming up. Lisa and I both knew SOMETHING was up because this woman was taking A LOT of interest in her.We assumed she had to do something with casting or producing of some sort for the show. As it turns out she did.  She actually interviewed Lisa and handed her a packet right then and there advancing her to the final casting call! Needless to say we walked outside and she told me what happened and we both started jumping up and down with excitement!!!

A few weeks later, Lisa was off to the final round of casting which was a long and tedious process..... After a few week, she gets a phone call from the producer saying that she made it onto The Bachelor and a packet will be arriving in the next day or so for her to fill out and send back.

Here is where I stepped in, Lisa needed to provide a quality head and full body shot of herself to send with the packet.  Since I hadn't really put my camera to use yet, I thought it was a good time to try it out.  We took quite a few snapshots in our house against our white wall and this is what we came out with (I will post most later this evening so check back). 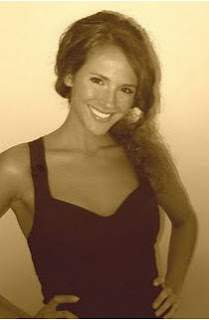 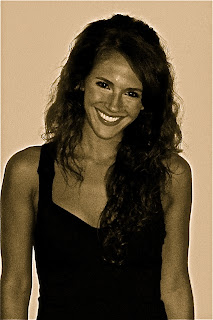 Lisa didn't make it hard to take pictures because she is the most photographic person I know!! So thanks Lisa for being my subject in today's post and the best friend a girl can have.

For those of you who are Bachelor fanatics like me, tune in tonight for the premiere and print off your Cheat Sheet to follow along throughout the season every Monday night on ABC at 7pm CST. Lisa is on there as "Lisa M" from Ottawa, Kansas, however, she lives in Kansas City now. I can't tell you what happened, but I can tell you the show will be good and you will want to watch!  It lasts two hours so I would recommend recording it for an hour and then start it to avoid the commercials.

P.S - You can follow her on Twitter @LisaMorrisey or me at @lmajor9 and I'll be posting comments on there as well about the show.  You can also visit ChasingDavies for more fashion related information about Lisa's outfits.
Posted by LuLu

Thank you for letting me know what you think!

LuLu
I'm your best friend, mind of reason, and your source of entertainment all rolled up into one.

Catch Up with Me Daily

Want me in your RSS Feed?

Some of my Favorites